The war in Ukraine has created an unprecedented stress test for the global freight supply chain. Particularly acute was the issue of importing containers, which in February were already en route to Ukraine. Due to the fact that the ports of our country were blocked, carriers redirected cargo to other countries, and the Ukrainian state and business had to quickly rebuild all logistics for land transportation. And now Ukrainian consignees are massively facing problems in European ports. USM tells what difficulties importers face before collecting their container, and which carriers have decided to cash in on the war in Ukraine.

Containers that went to Ukraine in February went to the ports of neighboring countries. For example, to Constanta (Romania), Piraeus (Greece), Tripoli (Lebanon), to the ports of Gdansk and Gdynia (Poland). But very quickly, participants in the supply chain were faced with the lack of container trains and the difference in the size of the railway gauge of European countries and Ukraine. The industry has made the decision to “switch” to trucking.

To understand the volume of Ukrainian cargo traffic: in January-June 2021, Ukraine imported 246 thousand TEU. On average, this is about 40 thousand TEU per month. That is, for 4 months of the war, foreign ports could additionally accept up to 160 thousand TEU for Ukraine.

For reference. Last year, the container turnover of Ukrainian seaports amounted to 1 million 22 thousand TEU. Of these, imports – 500.8 thousand TEU.

The next issue is the storage of “Ukrainian” containers in foreign ports. So, already from the first weeks of the war, this problem “surfaced” in the Romanian port of Constanta. Operators did not expect such a number of containers and, accordingly, faced the maximum capacity utilization at their terminals. So, for example, the DP World terminal turned out to be 80% of its capacity. The same situation was repeated in the Greek Mediterranean port of Piraeus, which also declared itself as an alternative for storing containers going to Ukraine.

Despite the fact that the terminals in European ports are “bursting” with cargo, carriers are in no hurry to pickup. Some companies, in particular MSC, Maersk, CMA-CGM, ZIM, COSCO, OOCL changed the rules and operating conditions of their lines from the very beginning of the war.

Thus, the largest container carriers decided to suspend their activities on the territory of Ukraine. Among them:

CMA-CGM. The company also decided to suspend all vessel calls in Ukraine from the beginning of the war until further notice. To support its customers, CMA-CGM has introduced the following special conditions for cargo “on the route” to and through Ukraine: a complete waiver of cancellation fees; change of destination at cost.

Zim. The company temporarily stopped its activities in the port of Odesa. Cargoes that followed to Ukraine were unloaded in foreign ports until further decisions are made. Special messages were sent to each of those clients whose cargo was unloaded outside of Ukraine.

COSCO SHIPPING Lines. The cargo that was on the way on the vessels of the line was redirected to accessible places.

MSC (Mediterranean Shipping Company). Since February 24th, the company has stopped accepting new orders for goods to/from Ukraine. All voyages of the line were declared completed in the last port before Ukraine.

Olexandr Hladilin, Director of the Port Clearance customs brokerage company, told Ukrainian Shipping Magazine that many Romanian shipping offices do not allow their containers to be released to the country where the war is going on. According to the expert, the lines are afraid that their containers will simply not come back.

It turns out that the recipient cannot collect his goods, so the importer has to discharge the container, tranship the contents into land transport, and only after that import it to Ukraine. This is how delays in customs clearance were formed, and storage rates increased.

“This procedure is an additional waste of time and money. As long as you organize transshipment, you will be charged at least a fee for storing the cargo. This system brings only costs for Ukrainian importers,” explains Oleksandr Hladilin.

There were also difficulties with the adoption of a number of restrictive regulations. Each country has its own rules and regulations for the issuance of goods. Put simply, the clearance of transit cargo in other countries differs from the Ukrainian “pre-war” mechanisms. Moreover, cases are already known when in foreign ports there was a need to reissue bills of lading for goods. Olexandr Hladilin gives an example of how, in one of the foreign ports, the line demanded to change the consignee to a local logistics agent, from which no one has previously collaborated with.

“We have to comply with the requirements that the lines come up with in action, which is why Ukrainian cargo owners lose time and incur additional costs. Often it is even difficult to understand why this happens, and why the line requires it. Seemingly, you did not deliver the container to the port of Chornomorsk, but unloaded it in Piraeus – give the consignee the opportunity to pick up the cargo. But no, it is necessary to change the port of destination in the bill of lading, for example, the port of Piraeus instead of Chornomorsk. And this process can take a long time. And there are a lot of such examples now», — says Hladilin.

But this is not the whole list of problems faced by domestic importers. So, even several months after the start of a full-scale war, freight forwarders complain about the non-transparent pricing policy for line services.

“Container carriers require payment for services, the cost of which is not fully understood. Separate complaints relate to the efficiency of the work of carriers’ agents in ports. An example is the procedure for changing the destination, which stretches over several weeks. All this time, Ukrainian cargo owners have to pay for storage”, — said earlier Karyna Horova, attorney and senior lawyer at Interlegal.

What does the Ukrainian importer have in the bottom line? Overpayments for new ideas of container lines and terminals. The implementation of all the above mentioned procedures takes a lot of time – so much so that in the offices of container carriers they can answer you hardly on the first time.

In addition to all this, most lines are in no hurry to cancel demurrage and payment for cargo storage. Here it is worth making a reservation: not all lines are looking only for profit. For example, COSCO does not charge demurrage until a certain date. CMA CGM gives cargo owners a 20% discount. Previously, MSC, Maersk, and ZIM gave in and helped Ukrainian importers. But there are those who openly profit from the war.

The policy of the Chinese Orient Overseas Container Line (OOCL) is very indicative in the current situation. As USM found out, the line does not give any discount to cargo owners from Ukraine. Moreover, OOCL is in no hurry to respond to the requests of Ukrainian cargo owners, in fact, deliberately delaying the process of container clearance. And then, of course, he issues an invoice for storage and demurrage in full. The greed of such lines as OOCL creates real problems for Ukrainian importers, but, unfortunately, this is not the last difficulty.

Due to line delays, the terminals of many ports are overflowing with “Ukrainian” containers. And the owners have to pick up their cargo privately. It happens that this is just one container, and it must be unloaded separately. The situation is absurd, but real: terminal employees, under conditions of total workload, will unload one among thousands of containers. And this is not a free service: the cost of stitching can reach several thousand euros. Which, of course, the Ukrainian importer pays.

It is worth noting that European terminals in ports rarely have all the necessary technologies for transshipping the contents of a container into land transport. Therefore, the procedure also takes valuable time and money from consignees.

So what does it mean to be a Ukrainian importer today? This is a struggle for their own goods with the greed of some lines, with the unpreparedness of some terminals for stress tests, and with the inability of global supply chains to function stably during force majeure — if it is even ethical to call the war in Ukraine a force majeure. And while lines like OOCL are thinking about their own benefit, importers can wait for months for the cargo they need for Ukraine. 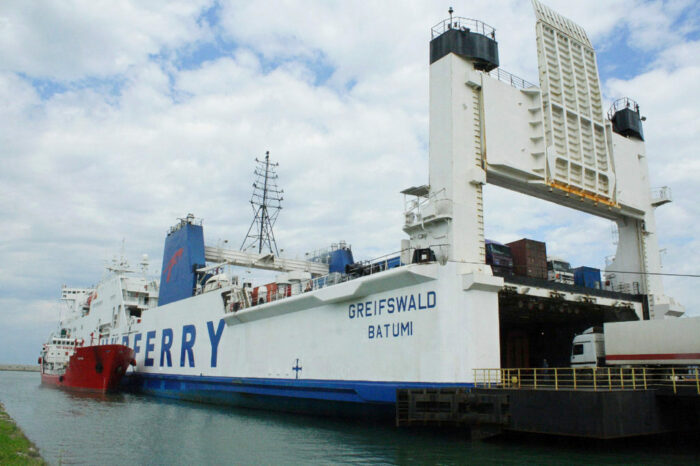 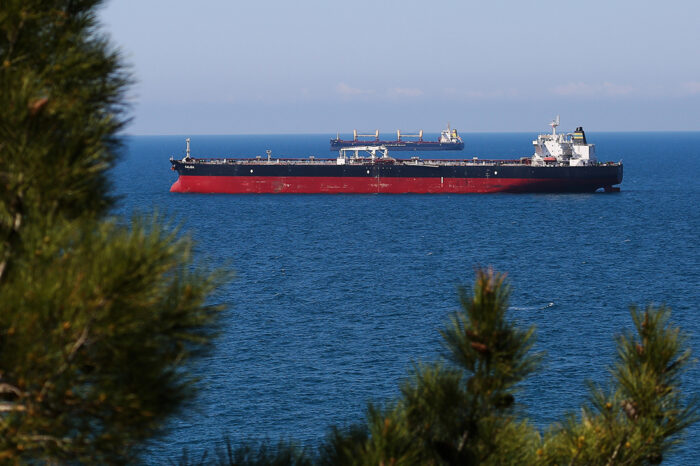 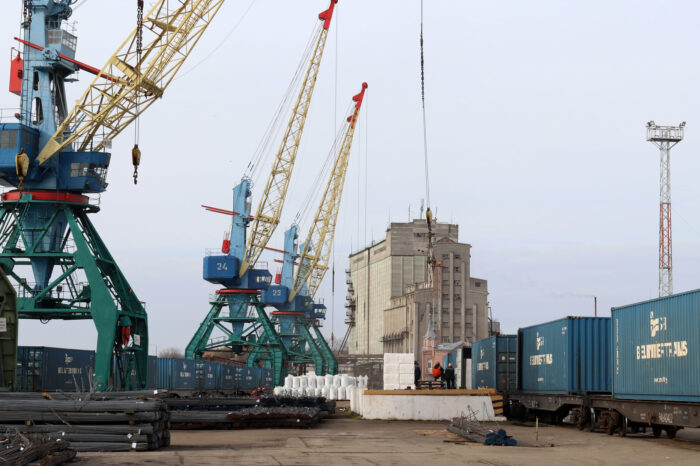 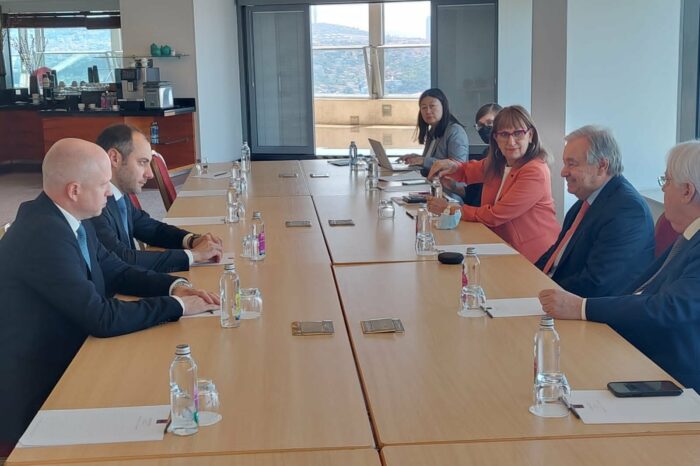 Ukraine does not sign agreements on grain export with russia 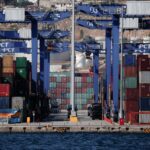